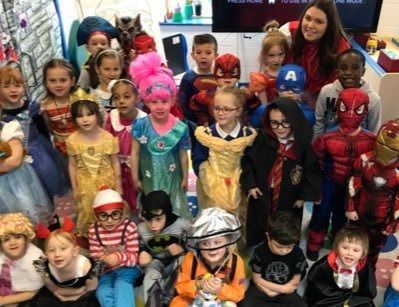 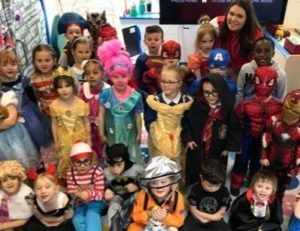 After World Book Day was postponed twice due to persistent snow, the children were ecstatic to finally don their costumes for one of the most eagerly-anticipated days of the year, which they had been planning and preparing for since the beginning of term. Pupils brought their favourite books to life by dressing up as their most beloved literary characters, including Alice in Wonderland, Goldilocks, Matilda, Little Red Riding Hood, Cat in the Hat and Harry Potter.

The children’s costumes were fantastically true-to-character and they enjoyed having the opportunity to re-tell some of their favourite stories and take part in a variety of themed activities, including designing book marks and book covers, writing detailed character analyses, and taking on the role of a literary critic by penning descriptive book reviews. In our whole school assembly, prizes were awarded for the Best-Dressed pupils in each key stage, which was a difficult decision to make as it was clear all of our pupils had invested a lot of time and effort in their costumes.

“Our children are voracious and enthusiastic readers and this was evidenced by the stunning variety of costumes we had on display during World Book Day. It was wonderful to see children dressing up as characters who have withstood the test of time, like Matilda and Mary Poppins. They obviously resonate with young people just as much now as they did decades ago and it just goes to show that some books truly are timeless and strike a chord with children of all backgrounds and ages. I love seeing the children discover new stories, too, and it was wonderful to see the pupils sharing a range of new and exciting characters with their classmates.

We ask all of our children to make a commitment to reading at home at least three times a week and we appreciate our parents’ support with this initiative. To encourage our children to develop and sustain their love for reading, there will be a weekly award for the class who has the most number of active readers.”